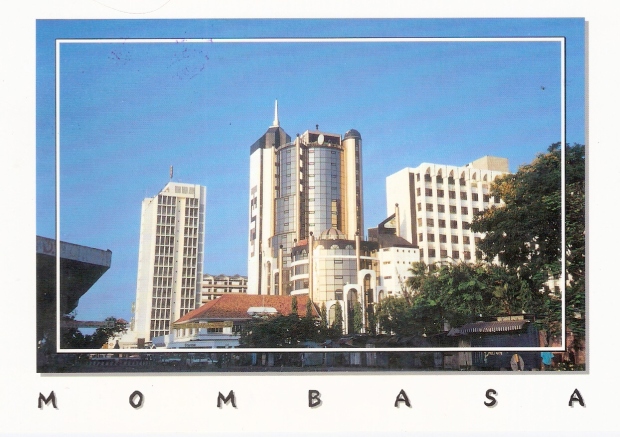 The awesome Mary surprised me with this great card of the African city that I’d most like to visit, Mombasa. Mombasa has a population of over a million people, making it the second largest city in Kenya (after the capital, Nairobi) and is a regional tourism hub. Mombasa was first founded in 900 AD and was already a trading post by 1151. That would make this beautiful Kenyan city at least 3 times older than any city in South Africa not too far South of it. Mombasa is known for its sea port, at Kilindili Harbour. The city also boasts a large cement manufacturing plant and an oil refinery capable of producing 80000 barrels per day. Other than that tourism and the boom in call centre outsourcing has also added to the diverse economy of this great city. Thank you Mary for a brilliant surprise and a wonderful postcard! 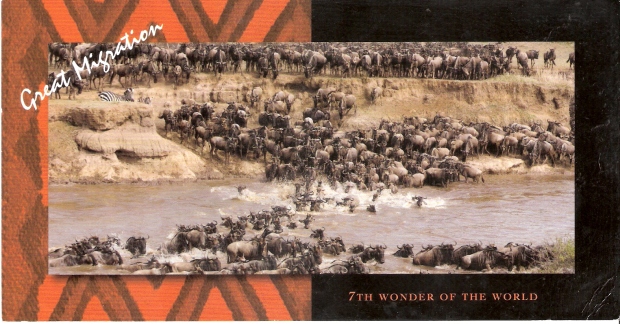 The awesome Kelly sent me this stunning picture of the Great Migration from Kenya. Now before all you wildlife enthusiasts start shouting at your computer screens, the Great Migration takes place over the borders between Tanzania and Kenya. Apparently wildebeest are rather apathetic to sovereign borders. The migration is dependent upon rainfall patterns during the year and they will start moving as soon as they need to graze elsewhere. It is between July and August, however, that the wildebeest cross the river Mara from the Serengeti National Park in Tanzania into the Masai Mara National Park in Kenya. The postcard says that it’s the 7th wonder of the (probably natural) world and I can imagine why. It’s something that I would love to see in my lifetime. Thank you Kelly, I am most lucky to have a postcard from your great country!