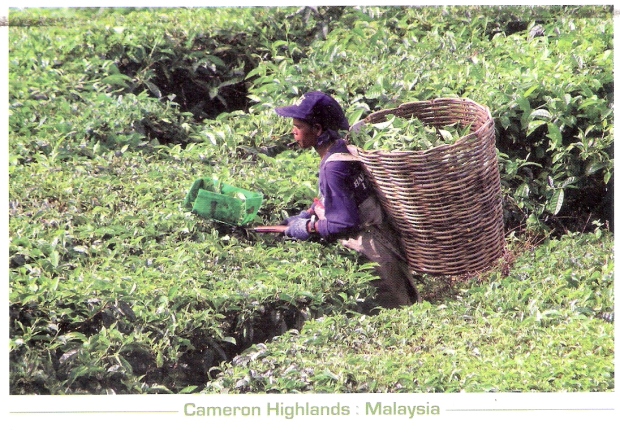 This postcard of the Cameron Highlands in Malaysia comes from Nuru, who also lives in the country. Nuru tells me that tea leaves are also a common sight in Malaysia, a fact that I am pretty familiar with. The area, located about 200 km from the capital, Kuala Lumpur, was named after Sir William Gordon Cameron, who was a colonial officer that visited the area in the 1880s. The Cameron Highlands are known for having a year-round wet season, with most rainfall taking place October and November and the least between January and February. It has been a major tea growing region of the country since 1926. Definitely a beautiful place! I have always believed that Malaysia must be one of the most beautiful countries in the world and it seems that my instincts were quite right. Thank you for a great postcard Nuru! 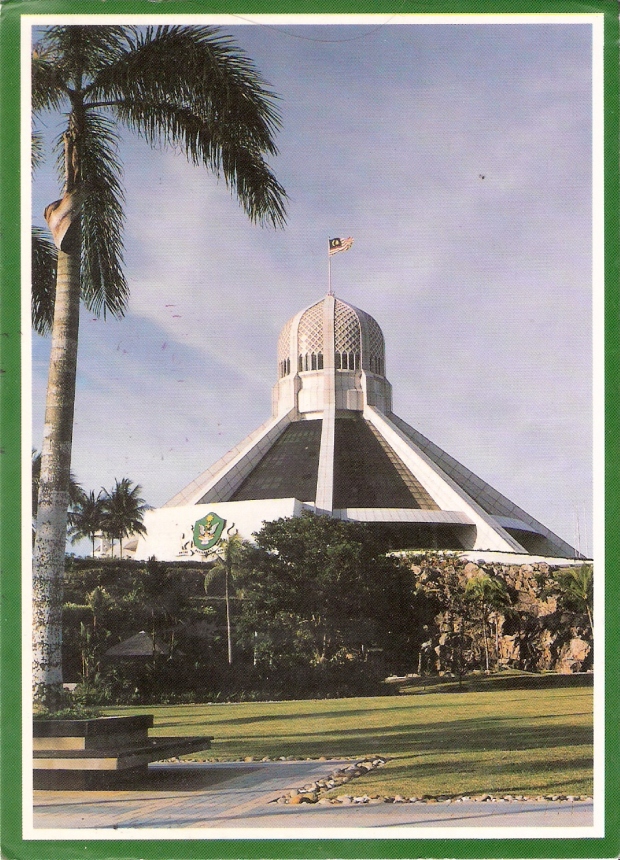 This postcard, my second from Malaysia, comes from Violet. At first this city hall seemed like a Malaysian space research facility, until I flipped the postcard around and found that it is in fact the Kuching North City Hall. I thought that it was the coolest building ever. Our city council in Ekurhuleni, South Africa, is known as the “Death Star” as a result of it being so futuristic, but this city hall makes it seem more impressive and alien in every way.The city was named a city in 1988, which made it the second city in Malaysia, after Kuala Lumpur. Well done on that guys! My city was only formed in 2001. At any rate, I just love this postcard so much! Thanks a million Violet! 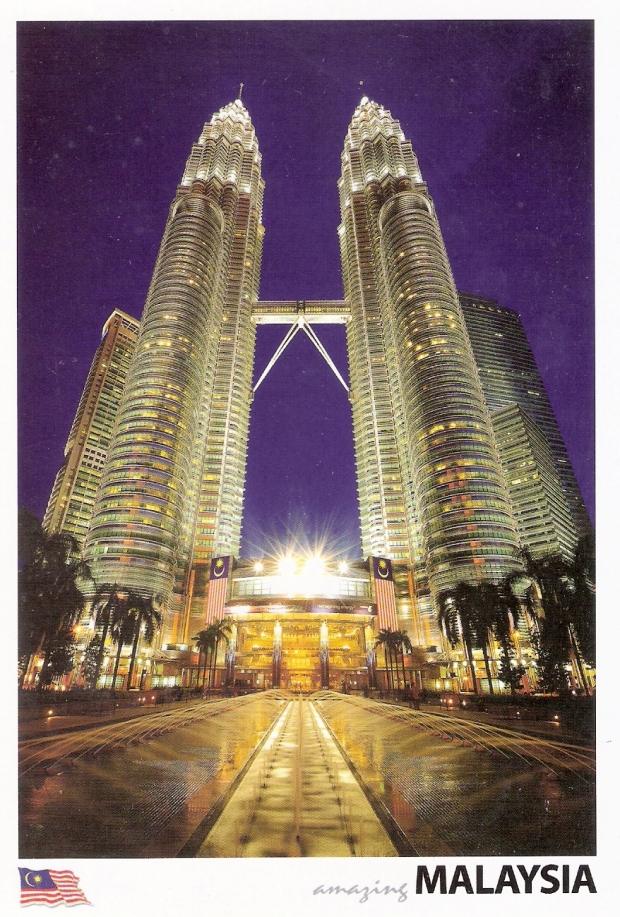 Jonathan from Singapore sent me this amazing postcard of my favourite structure(s) in the world. The Petronas Towers in Kuala Lumpur, Malaysia, were once the tallest structures in the world. From 1998 to 2004, no building could rival these twin towers in height. That was until the Taipei 101 was built of course. They do, however, remain the highest twin structures in the world. Standing at 451.9 meters, makes it clear that the visionaries behind the building of the twins were not fooling around. It was completed in 1994 at a cost of $1.6 billion. That is an exorbitant amount of money but were it not for that kind of money being spent on it, I’d have had to find me another favourite structure, now wouldn’t I? Thanks Jonathan, it really is a jewel in my collection!